Congratulations to Jenny Egan of Salmon Leap Canoe Club in Leixlip who had double 5K success at the Canoe Sprint World Cup. At World Cup 1 in Poznan, Poland the 5000m race saw tough windy conditions make for a challenging race. Added to this was the addition of 2 portages with 12kg sprint weight boats. After showing her Marathon experience and cruising through the portages Jenny broke away from the field with a Ukrainian paddler. In the end it came down to a head to head sprint in which Jenny took a world Cup silver medal after being narrowly edged out on the line. 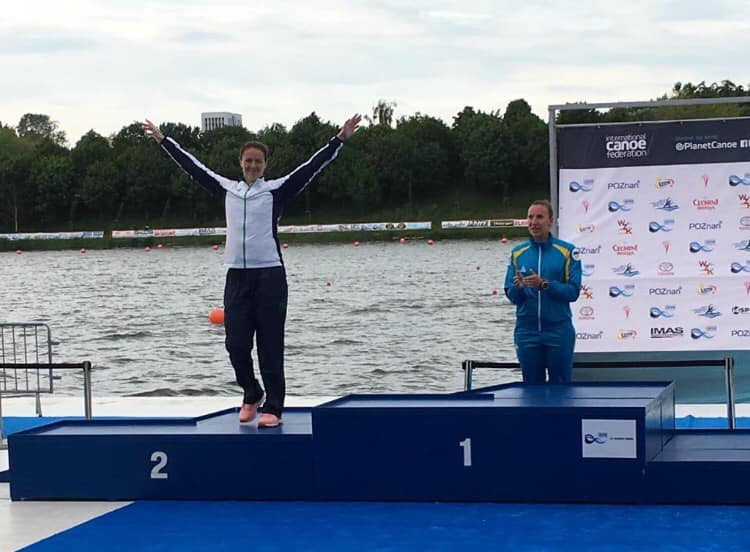 A week later in Duisburg, Germany at World Cup 2 another medal followed. In a tough race which saw Jenny having to work her way up into the lead group from further back in the field, it came down to a group of 4 on the last lap. In the End Jenny took a brilliant Bronze medal after edging out the local German paddler in a long tough 4 way sprint finish. 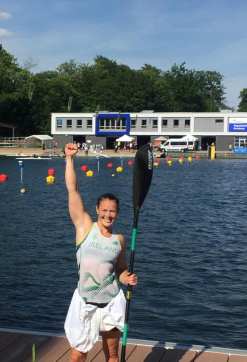 The focus now shifts to the European Games in Minsk, Belarus in late June before the World Championships in Szeged, Hungary in late August which will be the 1st opportunity to qualify for the 2020 Olympics. Best of luck Jenny.