Well done to everyone who took part in the 20th Annual City of the Tribes race yesterday. This was the 2nd race of the 2018 Ribadesella Ranking series and saw some fiercely competitive racing, particularly across the top 3 divisions which were all decided in sprint finishes. The current stream of talented junior paddlers continued to make their presence felt throughout the divisions as they mixed it up with some of the veterans of the sport. Thanks to Jim Morrissey & Galway Kayak Club for the race & roll on Cork on the June bank holiday weekend for the 3rd race of the series where many of the fierce rivalries will be continued.  See race results below 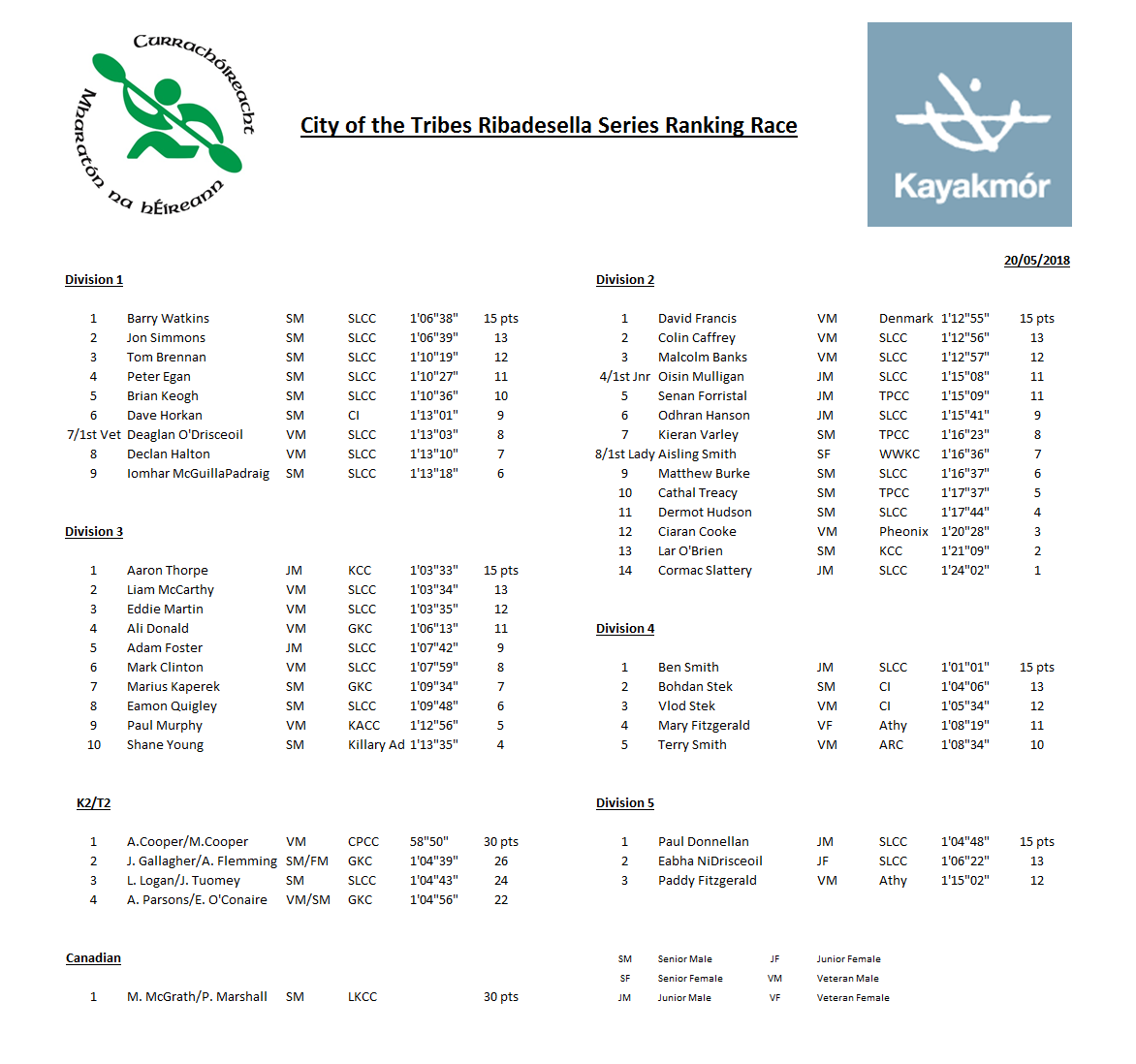